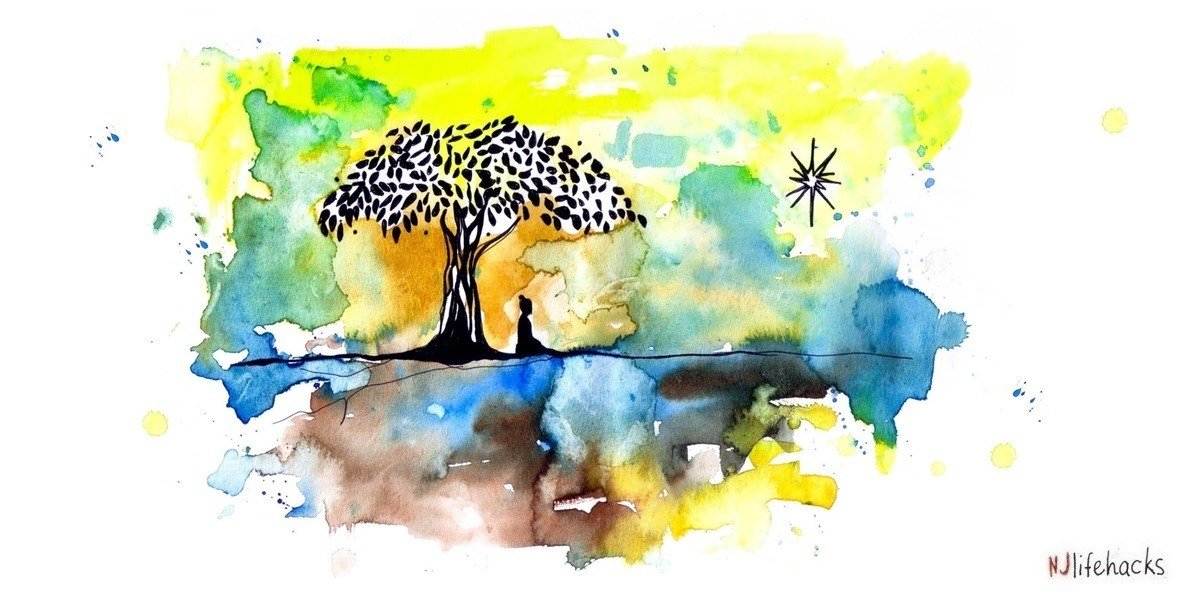 10 Days of Silence, 100 Hours of Meditation – Lessons from My Second Vipassana Meditation Retreat

Two days ago, I’ve come back from my second ten-day silent Vipassana meditation retreat. I had done my first retreat a little over a year ago, and published several well-received articles on my experience.

I wrote about the whole ten-day experience, the lessons I had learned, how I would prepare, and tips on how to “survive” the ten days.

Today, I want to tell you about the lessons learned on my second retreat. I’m writing this mainly for my own good, as a way to force myself into giving serious thought about the experience and gain a greater understanding of what happened and how it will help me in life.

1. The Second Round is Much Easier Than the First

“Everyone who’s already gone on one retreat should do themselves a favor and go on a second. They ought to see how much they’ve improved. They deserve to reap the rewards.”

This was the most prevalent thought I’ve had on the first days of the retreat. Everything was just so much easier, so much smoother. I was used to the facility, the rules, the technique, the sitting. This meant less stress and gave me a sense of strength, pride, maturity.

The entire experience of meditation was a lot easier. The pain wasn’t as strong. I didn’t have to change posture as often. I didn’t have to constantly wonder if I was doing it right. I had more equanimity and stronger focus right from the start. Don’t get me wrong, it was still one hell of a struggle at times. Boredom was still an issue. As were pain, negative thoughts, bad moods, and creating weird catastrophic future predictions. I still had very rough patches, but it wasn’t as tough as the first time round.

At the end of the retreat, I spoke with others who were on their 3rd, 4th, or 5th retreats. While one of them said, “My 3rd one was better than holidays,” most of them claimed they didn’t find it any easier than the first time. I guess it’s different for everyone. And I guess self-deception causes us to look back and forget how tough the first retreat really was.

I’ve long known meditation is scientifically proven to improve a wide range of skills, including self-control, delay of gratification, focus, and emotional intelligence. On the retreat, I’ve made an interesting discovery in that regard.

I found that even when I wasn’t able to concentrate well (focus skill), I still had enough acceptance to continue without creating negativity (equanimity skill). While these two skills stood out to me, there must be countless similar skills at work, and everyone has different strengths and weaknesses in them.

The lessons here are that meditation is a different experience for everyone, and that you really can’t judge if a particular meditation session was “good” or “bad.”

It was only when I tried coffee that I noticed effects. There was a clear rise in either heart rate, blood pressure, or both (that’s what it felt like to me). And there was a clear rise in focus, energy, and absorption. At one point, I meditated for 1+ hour straight with very few intrusive thoughts and without ever having strong urges to change posture. I was deeply focused and immersed in what was probably my most pleasant experience.

That said, I only noticed coffee’s effect in the morning, on an empty stomach. Once I had eaten, my sensitivity to coffee either diminished, or I simply couldn’t feel out its effects amid everything else I was feeling.

A coffee-related discovery I made was that heart rate and blood pressure can derail focus if they rise too high. When I ate too much or ate something my body didn’t agree with, it felt like my heart was working harder. I experienced stronger palpitations throughout the body, which acted as a sort of distraction when I tried to focus. The strong palpitations kept pulling my attention away from what I was supposed to be focusing on.

The lesson? Anything that raises heart rate and/or blood pressure too strongly will probably derail focus and thus negatively impact productivity. This has implications for coffee, food, stimulants, and supplements we take.

5. It’s All About Feeling

Here’s a concept I hadn’t fully grasped on my first retreat. For this particular type of meditation, the only thing we’re really supposed to pay attention to are the sensations/feelings within and on the surface of the body. Thoughts, memories, images, visuals, or visions are to be completely ignored.

You don’t work with anything but sensations. If thoughts capture your attention, no matter their content, you simply ignore/accept them and bring your attention back to the sensations. It’s about training our sensitivity to feeling, and it’s about fully accepting bodily sensations, whether they’re pleasant or unpleasant.

While mindfulness of sounds, sights, thoughts, and other sensory perceptions might develop also, that’s not the focus of this technique. It’s fully aimed at mindfulness of bodily sensations.

6. Self-Compassion Makes a Difference Yet Again

I’ve written about how valuable self-compassion was during my first retreat here, and I again noticed its importance. When you don’t have anyone else’s shoulder to cry on, it’s all the more important to provide that shoulder yourself. If no one is there to support you, to give words of encouragement, to console you, or calm your nerves, you must do it yourself.

I’ve had several insights in regard to mood on my retreat. For starters, it changes incredibly quickly. I could go from “top of the world” to full-fledged misery within a few minutes. Mood also seemed to go through natural ups and downs in a 24-hour cycle. In the morning, I tended to feel positive most of the time, while I seemed to feel worse and worse as the day went on.

Another aspect that became clear yet again is our inability to predict future mood. I’ve written about this in my lessons from the first retreat, but it bears repeating. When you’re feeling bad, you predict to feel bad all the time. You look into the future and see a dark cloud. You somehow can’t imagine feeling good, even if some future event will surely put you in a better mood. It’s not rational, but it’s part of human nature.

8. Boredom is a Tricky Beast

Boredom was the biggest obstacle during my first retreat, and that was again the case for the second round. Starting on day five, distracting thoughts started appearing, “What’s the point? This is so boring. I’ve been scanning my body often enough and nothing has happened. I’m done with it. I want to do something else.”

The exciting part is that I probably handled it better than on my first retreat, and I’m curious to see how things will change on future courses.

Am I feeling any different after ten days of non-stop meditation? Even though it’s a very subtle effect, I do seem to feel more calm, centered, and focused. Again, I’m curious to see how that develops over the days and weeks to come.

10. A Vision of Living Beyond Thoughts

Thoughts get us into trouble, there’s no doubt about it. They can make us feel miserable, urge us to engage in self-sabotaging activities, and persuade us to forego our values. The beauty of meditation is that it offers us a vision of living beyond thoughts, or at least being less at the mercy of thoughts.

Meditate enough and you’ll probably reach a point where thoughts move far into the background of your awareness and make up only a small part of your consciousness. A consciousness that is then dominated by mindfulness of sensations, feelings, sights, sounds, sensory experience, and a sense of connection with the world around you. While this vision seems far off, I’m excited by its possibility.

Would I recommend you go on a first Vipassana retreat? Yes. You’ll learn to meditate properly. You’ll push yourself to your edges. You’ll experience adversity. You’ll experience pain. You’ll struggle. You’ll be challenged. While this may feel terribly during the ten days of the retreat, you’ll feel proud as soon as the experience is over, and you’ll have gained a few invaluable life skills.

Would I recommend you go on a second retreat? Absolutely. Not only will you see how much progress you’ve made, but you’ll also improve powerful skills, such as self-awareness, self-control, mindfulness, equanimity, and focus.

I’m glad I’ve gone on a second retreat, and I’m sure I’ll go on more retreats in the future. Whether they’ll be classic Vipassana retreats remains to be seen, but I definitely want to continue on this journey.