3 Simple (Yet Not Easy!) Steps to Self-Acceptance - NJlifehacks 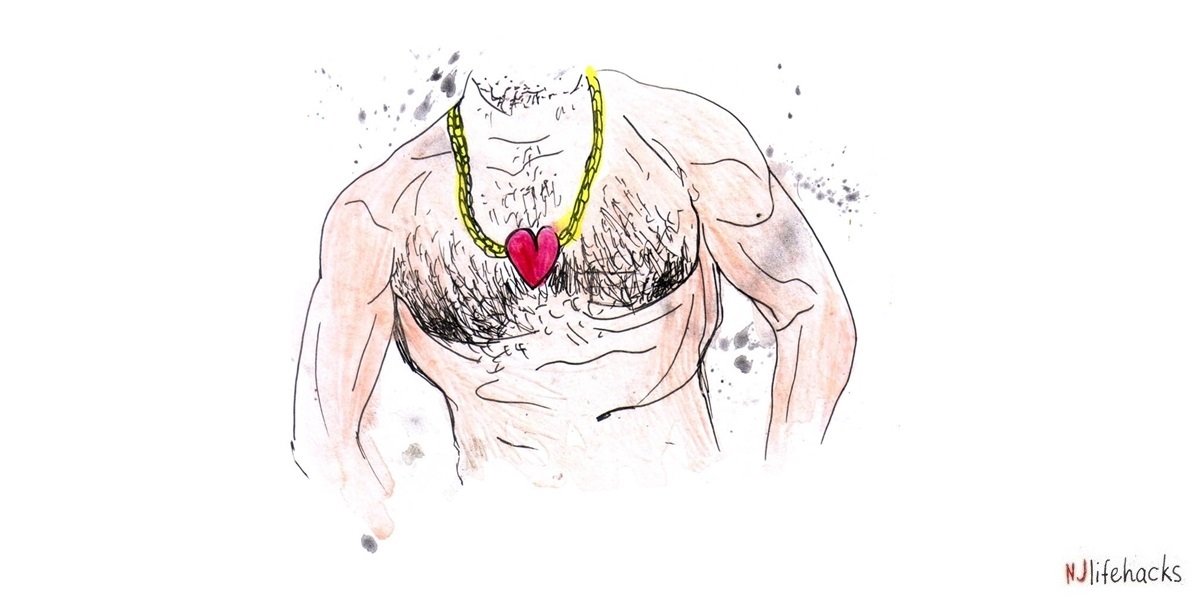 3 Simple (Yet Not Easy!) Steps to Self-Acceptance

Maybe. At the root of the problem, though, lies a lack of self-acceptance.

Don’t worry, I’m working on it.

The three steps are:

Let’s look at them one by one. But first, the question.

For the last two years I’ve been building this blog with my brother Nils.

At the same time, for social, money, and fun reasons, I’ve been working part-time as a fitness instructor.

The question I heard most in the fitness center was some form of this:

Do you work here full-time? – No, part-time.

Before we get to my answer, let me say a few things about this ‘What do you do?’ question.

This is the question people always ask. It’s the classic small talk question. It comes up within a minute of meeting somebody. It comes up when you meet your relatives. It comes up no matter where you go.

This question is the second most asked question in the world, directly after ‘How are you?’

So it should be fairly easy to answer:

No matter the answer, you should be able to answer a question you get asked all the time.

Well, I couldn’t for a long time. I was at the first step to self-acceptance, hide. Me 2: Internet marketing – hard to explain…

For most part of the last two years I’ve been hiding. I didn’t want to talk about what I was doing. I was too insecure. I didn’t know how to explain this blogging/internet marketing stuff. I thought this wasn’t even a real thing. So I blocked it as well as possible. Switched topic. Asked a counter question.

I tried anything so I didn’t need to talk about what I was doing.

Soon I realized that this simple question triggered an alarm. And this was a problem. Because the question came up every day and it always made me insecure and uncomfortable. Since these feelings feel bad, I wanted to do something about it.

When I asked Nils how he answered that question, he laughed. He had the same issue.

Sure, it’s harder to explain than an ordinary profession. Sure, many people don’t have a clue about blogs, online businesses, and internet marketing. Plus, we told ourselves that it’s even harder because we’re so small and don’t earn anything yet.

There are some valid reasons it’s harder to answer this question with what we do. But for the most part, it’s just us being insecure. We self-judge ourselves and what we do as something others wouldn’t recognize as a true thing, something they wouldn’t understand, and something that wouldn’t be taken seriously.

Point is: Rather than identifying me with this part of my life, I hid it from most people.

Since this was a problem and I knew I needed to be more self-confident about it, I tried to tell anybody what I did apart from working in a fitness center. I didn’t want to hide it anymore.

As you can imagine, I didn’t go from terrible to amazing overnight. Me: (grimacing) Uh… I work online? Uh… I write... I try to build an uh… online business with my brother. We’re just starting out.

Them: Oh, sounds cool. So what exactly? And how can you earn money?

I wanted to tell what I was doing. But I was still too insecure to explain it well. Even if the people I told were interested in what I was doing. Most of them were being supportive and kind. So sometimes I tried to explain them better, but for the most part I went back to hiding. Said it was too complicated to explain, and we were just starting out, and it’s nothing to speak about yet, and then I just asked a counter question about their life.

Even when I said what I was doing, I was being awkward about it. Tentative. Insecure.

Neil Pasricha calls it ‘apologize’. I call it ‘downplay.’

I tried to say what I was doing, but the way I said it made it look like it’s nothing worth talking about.

Now, did this way to answer the question make me feel better?

It was still the same uncomfortable question. I was just hiding less and downplaying more instead.

I minimized the value of what I was doing. Not the exact thing that helps you sell yourself…

And not the exact thing that helps you build confidence about something.

For the most part, I realized that this was a terrible way to answer a question. It made me feel bad, it made others feel awkward because they realized I didn’t want to talk about it, it didn’t answer their question, and it didn’t make me feel less insecure about it.

Now, instead of confronting the problem and trying to get better at it, I tried to avoid the whole question.

When you observe conversations, you get a feeling for what will come up next. Especially with a classic question like ‘What do you do?’

So when I got the feeling that somebody will ask me what I was doing apart from working in the fitness center, I tried to jump in and ask something about the other person.

Or when they were talking about what they were doing in their lives, and it was pretty clear they were going to ask me what I was doing, I immediately hooked on something they said so they couldn’t ask.

And since people love to talk about themselves, this worked pretty well. I just let others talk and I listened instead.

Now, listening to other people and trying to understand them is a good thing. And people will enjoy talking to you, because they like to talk.

BUT, this didn’t solve the problem.

So instead of hiding, downplaying, and avoiding, what do I do now? Me: I blog. I write about personal growth and how you can become the best version of yourself. I want to build an online business.

I accept what I do.

Even if I’m just trying and even if I haven’t accomplished much yet.

I choose to go this path. And I must admit, I don’t know what I’ll be doing in a year from now. But for now, I know exactly what I want to do.

It took me two years to accept myself in what I do. Generally, I must say. Because there are still moments of insecurity. And that’s ok. I can accept this insecurity, too. I work on it, but if it arises, then I accept it.

Ask Yourself the Question: Where Are You Now?

(This subheader reminds me of the song Wisemen from James Blunt. It was a song from the default CD in my Mum’s car for years…)

Most certainly it’s a specific area in your life. For me, it’s not that I’ve been feeling insecure about everything. Just about certain things. Self-esteem issues can have different roots.

For Neil Pasricha it was where he went to school: Harvard.

No matter what it is, the first step to self-acceptance is always to realize it in the first place.

If you don’t recognize what you’re hiding or what you’re insecure about, you cannot get better at it.

Great, let’s look at how to come to accept yourself in that area.

ATTENTION: Self-acceptance is not the same as resignation. If you accept yourself as you are, it does not mean you cannot change anymore. Actually, it’s much easier to change once you’ve accepted yourself. Because you’re more confident and less self-deprecating.

Let’s look at four strategies that have helped me accept myself and what I do.

The first is Neil Pasricha’s advice on how to stop judging yourself. The others are ideas from my own life and things that help me to accept who I am with warts and all. AND, these ideas help me to keep improving instead of resigning.

“How do you stop judging yourself?
Laugh at it.
A big laugh helps you look deep, notice your self-judgments, and push through the steps to accepting part of yourself.”
– Neil Pasricha

This might help when the voice inside your head wants to make you miserable.

When the voice tells you that you’re not good enough, what you do stinks, and others are better.

When you detect this voice being mean then you can laugh at it:

Mean thoughts will come. They always do.

That’s normal. We all have these negative thoughts. However, these thoughts are not who you are. They are not you. You are behind those thoughts. That’s why you can observe them.

Imagine the thoughts were like leaves on a stream. You can observe them passing by. They come and they go. Often the same thoughts come all over again. That’s ok. Let them come and let them go. Just like the leaves on the stream.

Having negative thoughts? Good! It means you see them. Awareness is always step number one. Let them come and go. Don’t listen to them.

3. Be kind to yourself It’s what helps me most.

I expect a lot from myself. Often, I can’t meet these expectations. And self-criticism isn’t far around the corner. And baam, it’s here ready say that I’m a loser.

But hey, I’m not. I’m trying my best. Sometimes I’m doing better, sometimes worse. But I know that being self-critical does not help. So I’m kind with myself. It’s called…

Oftentimes we’re really harsh with ourselves when we’d be way less harsh when the same happened to someone else.

Well, not anymore. Let’s choose to be at least as kind with yourself as you are with others. You are good the way you are. You are trying. And you are getting better.

Being kind with yourself is the least you can do.

I’ve been struggling with this a lot. But once I learned about the Pareto Principle (80/20), I adopted this slogan and took it to heart:

This is not about being lazy, only doing the bare minimum, and fudging at what you do. Rather, it’s about giving your best, investing a lot, and at some point saying, “Good enough is good enough.”

In most cases it is.

Have you ever written a great email and as a response you got a one-liner? Don’t invest too much in things that are not fundamentally important.

(This is only smart advice if you’re a perfectionist. Some people should invest a bit more in what they do.)

So, Where Are You Now on Your 3 Steps to Self-Acceptance?

No matter where you are.

Now it’s about taking the next steps. And trying is actually enough. If you keep observing yourself and how you’re doing, you’ll get better at it. Sooner or later, you’ll arrive at acceptance if you keep trying.

Remember, it took me two years (!) to accept myself in what I do.

Accept the negative thoughts that come up. A big laugh might help, too. Be kind to yourself and let go of perfectionism. Good enough is good enough.

You are good just the way you are, my friend 🙂

Where are you on your 3 steps to self-acceptance? Find out in this article.