The Road to Greatness: 3 Steps from Child to Best in the World 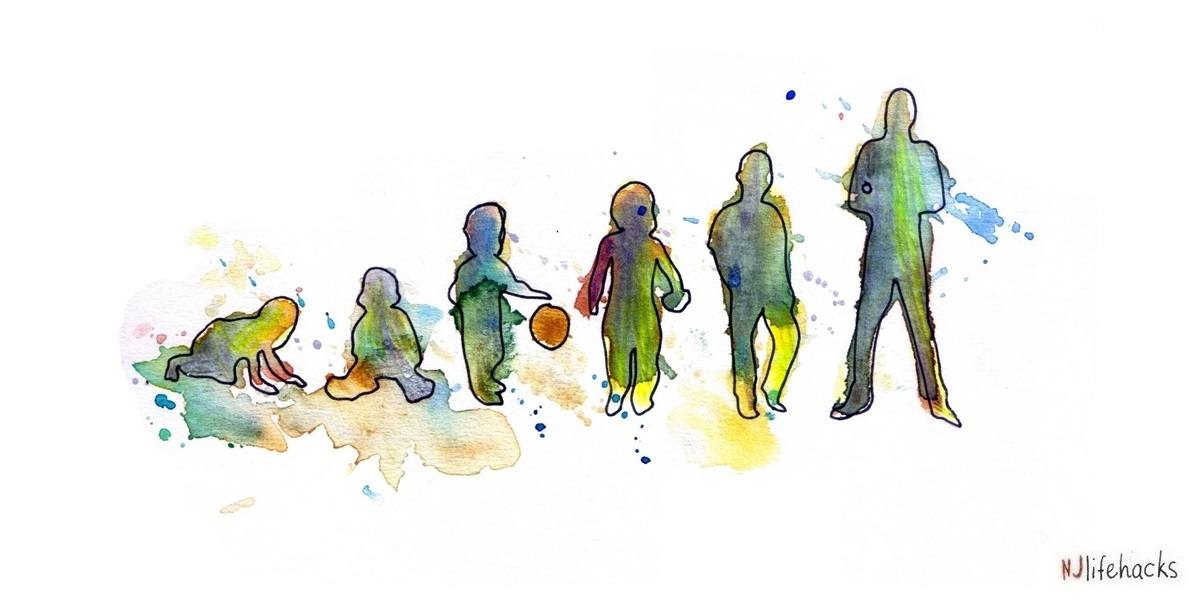 The Road to Greatness: 3 Steps from Child to Best in the World

It’s the story of practice, not talent.

That’s what we concluded in our previous article, in which we looked at the differences between elite performers and the rest. Decades of research concluded it all came down to one thing: the amount of quality practice an individual had accumulated over their lifetime.

“But then everyone could, theoretically, become great at something. Are you saying there’s nothing special about Federer and co.?”

Well, there is something special about elite performers, it’s just not their innate abilities or traits. Rather, it’s a series of events that led them to develop a passion for their craft, created high levels of motivation, provided them with access to superior teachers and training facilities, and ultimately allowed them to out-practice everyone else.

What’s special about expert performers isn’t their genes; it’s the environment they grew up in.

We see the end result and conclude, “Wow, Michael Phelps is so talented. He’s so good! He’s so incredible. He was born that way. He has that certain something. He’s different from the rest of us.”

Listen, if you believe people succeed thanks to their genetic make-up and inborn talents, and you view successful people as “gifted,” or call them “naturals,” do yourself a favor and read this article.

In the early 1980s the psychologist Benjamin Bloom started a fascinating research project driven by a simple question: What do we find in the childhood of expert performers that explains why they, among all people, become so extraordinarily good?

He identified three stages common to all of them. Of course the details varied and surely exceptions exist. In Bloom’s study, however, all expert performers went through the same three stages before they reached elite levels of performance.

In each stage, the relationship between child, teacher, and parents had to be just right for optimal development to occur.

Comparing the lives of expert performers to your own will help you understand why they have become so “talented” and you have not.

The first stage is about developing interest in an area of expertise and adopting helpful values, such as discipline, responsibility, and hard work.

At this stage, the children aren’t much different from other children. They are curious, play, explore, discover, mess around. At some point, they are introduced to their field of expertise. They see parents play the piano or siblings shoot basketballs. The difference to other kids is their high motivation for the respected field, a motivation that is largely external: they work for attention, applause, praise, or approval.

Parents play the most important role at this stage of the child’s development. They give their children a great deal of attention, time, and encouragement. Most importantly, they do two things. First, they support their child in exploring and deepening its interests. They play with them, teach them skills, praise them, and so on.

Second, they believe, teach, and model the old-fashioned Puritan work ethic. They get this message across to their children, who learn to value self-discipline, responsibility, hard work, and spending one’s time constructively.

Teachers at this stage are optional, and it’s unnecessary that they are particularly skilled or successful in the field. Rather, the best teachers are good with children: supportive, warm, caring, loving. Their role is to give support and encouragement. They praise the kids. They hand out rewards. Their gift is nurturing motivation: they make the field of study enjoyable and the lessons fun.

The key in this stage is the development of high interest. These kids want to play tennis, solve intellectual problems, or play the piano. Once the interest is sufficiently developed, the child is ready to move to the next stage.

Stage 2 marks the beginning of proper practice. Up to this point, the child isn’t really practicing, it’s playing.

At the beginning of this stage, the children learn the structure, rules, and disciplines of their craft. They start practicing regularly, and they develop skills as they do so. As they become better at what they do, they develop internal motivation. This happens through a variety of factors: they gain the respect and approval of peers, enjoy the feeling of mastery and of doing things other kids can’t do, appreciate the applause for their performances, and so on.

Along the way, their self-image starts to change. They begin to see themselves in terms of the field, as a “pianist” or “swimmer” or “scientist” or “inventor.” Their family members, classmates, school officials, and coaches recognize them as being accomplished in their field for their age.

The parents play a crucial role as well. They seek out higher-standard coaches who can take their kids to the next level. They pay for lessons and equipment. They drive them to practice. They encourage them and praise their improvements. They help the children establish routines, help them maintain their practice schedule, and act as an external source of willpower.

As the child moves through this stage, the teachers tend to change. The best teachers, while still making the field interesting, exciting, and challenging, now focus on high standards for effort, accuracy, precision, and achievement. They expect more from the children and are often quite accomplished in the field themselves.

Stage 3 usually starts when the children are in their early or mid-teens, and is marked by a commitment to become the best they can be.

The young people now seek out the best coaches and schools in their respective field. They work toward mastery. They have a dream, and they’re willing to work hard to reach it. They practice for hours every day. The older they get, the more daily practice they tend to manage.

At some point, they settle on a practice schedule of four to five hours, seven days a week.

Parents still play a crucial role. Not in motivating their kids, but in providing support and creating an environment that nurtures optimal development. They may give more attention and energy to their “expert” child than its siblings. They may move across the country to be near a top coach or school. And, of course, unless the kid gets some sort of funding, they’ll have to pay for everything.

Elite coaches and training facilities are often so expensive that parents can’t afford having more than one child pursue this level of performance. Not only is it expensive money-wise, it’s just as expensive time-wise – driving to and from practice, providing transportation to competitions on weekends, and so on.

Teachers at this stage are the elite in the field. They usually require application, and it’s an honor if you’re chosen by them. They expect only the best from their students and make extraordinary demands on them. They are master coaches who know what it takes to become great: the right techniques, training exercises, work ethic, mindset, and so on.

At none of the three stages did Bloom mention “talent.” But surely, the kids who ultimately succeeded must have been exceptionally talented as well, no?

According to Bloom, talent had very little to do with it: “The child who ‘made it’ was not always the one who was considered to be the most ‘talented.’ Many parents described another one of their children as having more ‘natural ability.’ The characteristics that distinguished the high achiever in the field from his or her siblings, most parents said, was a willingness to work and a desire to excel. Persistence, competitiveness, and eagerness were other often-used terms.”

The truth is, so-called child prodigies – the naturally talented kids, if you will – rarely achieve big things in their respective fields. As Anders Ericsson explains in a study: “Contrary to common belief, most child prodigies never attain exceptional levels of performance as adults. When Scheinfeld examined the reported basis of the initial talent assessment by parents of famous musicians, he found signs of interest in music rather than objective evidence of unusual capacity.”

He continues: “…the vast majority of exceptional adult performers were never child prodigies, but instead they started instruction early and increased their performance due to a sustained high level of training. The role of early instruction and maximal parental support appears to be much more important than innate talent…”

As I explain in the next article, there are indeed kids – whom we might call “prodigies” – that initially pick up skills faster than other kids. They are better at learning the rules and developing strategies, which gives them an early advantage. However, as kids practice more, that advantage quickly evaporates. Once practice hours go into the hundreds and thousands, the thing that makes all the difference is the amount and quality of practice.

As a result, it’s not the kids who seem naturally gifted that succeed in the long run. Rather, it’s the kids who have more motivation, drive, persistence, competitiveness, and eagerness – attributes that allow them to practice harder and more consistently.

(For more on “natural talent” and the role of innate characteristics, check out this article.)

Elite performers aren’t that different from the rest of us. They weren’t born with a divine spark, God-given talents, or superior genes.

In many ways, they were just lucky – lucky to get early exposure to their field of expertise, lucky to develop passion as a child, lucky to have supportive parents, lucky to have nurturing coaches, and so on.

Aside from luck, other major components of expertise are commitment, hard work, and sacrifice. Expert performers commit their entire lives to their craft, engage in thousands of hours of practice, and sacrifice everything for becoming the best at what they do.

Michelangelo once said, “If people knew how hard I had to work to gain my mastery, it would not seem so wonderful at all.”

Greatness is the story of luck, commitment, hard work, and sacrifice. Not talent.

This was the second article in a series on expert performance and deliberate practice. Here’s a full overview of all articles in the series.