How to Stop Procrastinating on Mundane Tasks: 5 Ways to Get the Boring, Unchallenging, and Repetitive Tasks Done - NJlifehacks 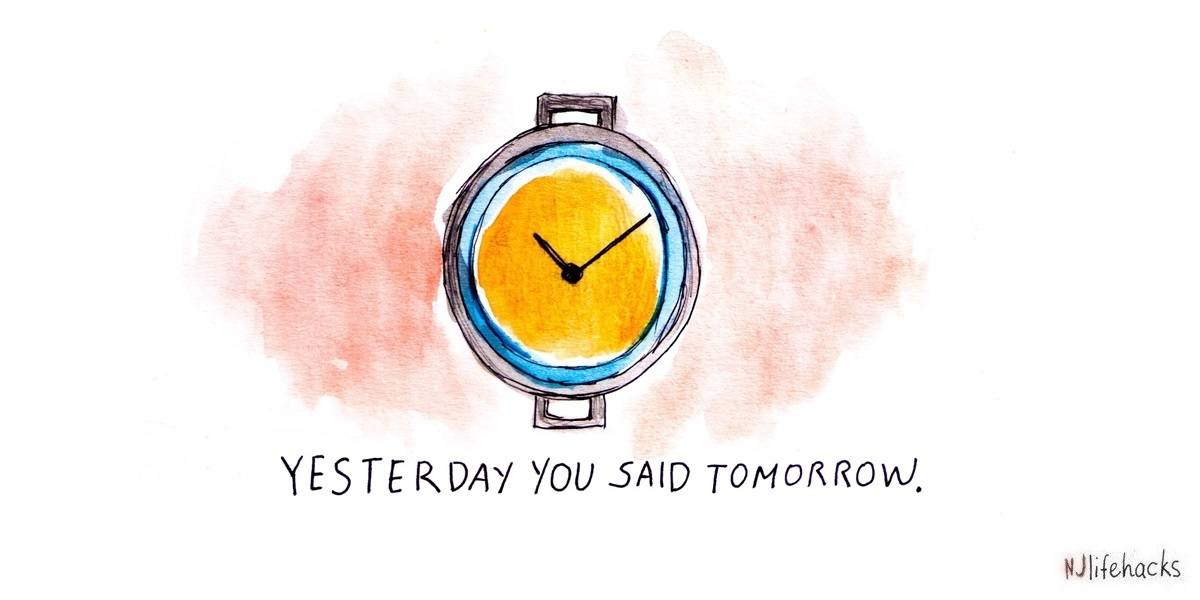 How to Stop Procrastinating on Mundane Tasks: 5 Ways to Get the Boring, Unchallenging, and Repetitive Tasks Done

Formatting documents, filling in spreadsheets, answering emails – we all face mundane tasks that bore us but need to be done.

While delaying them for a bit is perhaps inevitable, we need to get them out of the way sooner or later, so we can focus our energy fully on purposeful and fun activities.

But how do you do it? Here are five strategies I use to get boring, unchallenging, and repetitive tasks done.

One thing I’ll do is reward myself before the task – allow myself to watch some YouTube videos, eat a snack, make another cup of coffee, or take a nootropic.

The conversation going on in my head: “Ugh, that task is so boring and pointless. Oh well. I’ll do something enjoyable beforehand. Relax a bit. Have some fun. Grab a snack. Then make another cup of coffee, and get it over with.”

I’m bargaining with myself. And my experience tells me that it works and that I can trust myself. I often combine this with the next strategy to make sure I begin with the task after my pre-rewards.

When I allow myself some pre-rewards, I make sure to set an implementation intention for beginning the task within a reasonable time frame, such as in twenty minutes. I usually use an exact time for that, like so:

At 5 pm, I begin answering emails.

This works. I don’t know what else to say. When 5 pm hits, I begin the task of answering emails. I might even start earlier, because I know there’s no way out anyway.

3) Restrict the Time and Put a Reward at the End

When I have too much time on my hands, I find it hard to begin uncomfortable tasks. My mind sees no end to it. It feels like a bottomless pit, like I could put endless hours into the task. Unconsciously, this makes an already dreaded task even more aversive.

That’s why I create a deadline for myself. Ideally, I schedule a deeply rewarding activity. Knowing I’ll be able to see my girlfriend, play a game of tennis, or grab a beer in two hours' time, I find it easier to get started and work diligently for the set period.

(There’s also Parkinson’s law which states that "work expands to fill the time available for its completion.”)

As explained in this article, thinking in concrete terms (asking what and how we do things, focusing on the details and means rather than ends) can help us take action, while thinking in abstract terms (asking why we do something, focusing on the big picture and ends rather than means) can keep us stuck in overthinking. Note that for other purposes, such as resisting temptations or getting motivated, abstract thinking would be favorable.

Here are some examples I’ve used recently (not necessarily on mundane tasks):

It takes time to get used to switching between the two modes. Over time, though, it becomes habitual and adds another tool to your productivity and willpower arsenal.

5) Get it Done “the Dysfunctional Way”

“Time is short, my strength is limited, the office is a horror, the apartment is noisy, and if a pleasant, straightforward life is not possible, then one must try to wriggle through by subtle maneuvers.” – Franz Kafka

When all else fails, I’ll wiggle through in admittedly dysfunctional ways. Namely, I’ll use smart caffeine (coffee + l-theanine), modafinil, ephedrine, kratom, or some other focus-boosting and mind-numbing substances.

The idea is to artificially create high levels of energy, focus, and motivation, while numbing thoughts and emotions that interfere with beginning the task.

While this is not a long-term solution, it’s the easiest way to “just get it over with.” It’s not healthy or sustainable, but it gets the job done. And if you feel bad for having to rely on such dysfunctional ways, check out Mason Curry’s excellent book, Daily Rituals, which details the routines of some of the most successful creatives the world has seen over the last four decades – famous poets, painters, scientists, novelists, and philosophers.

The book teaches you that these A-players relied on dysfunctional strategies as well. Sigmund Freud, for example, heavily relied on cigars, “which he smoked continually, going through as many as twenty a day from his mid-twenties until near the end of his life.” William James “used chloroform to put himself to sleep.” Ayn Rand used a drug called Benzedrine and relied on “amphetamines for the next three decades, even as her overuse led to mood swings, irritability, emotional outbursts, and paranoia – traits Rand was susceptible to even without drugs.”

I give more examples and explain the strategy in greater detail in this article.

There you have it. Five strategies I use for getting the repetitive, unchallenging, and monotonous tasks out of the way. Now I’d love to hear from you – what do you do to get mundane tasks done?