Lions in the Classroom, Sheep in the World Outside - NJlifehacks

Lions in the Classroom, Sheep in the World Outside

Here’s the trap: We learn new things but fail to apply them.

What is something you’ve learned in the past few months?

It can be from a book you’ve read, from an article, documentary, a conversation, or from a podcast. It can be from the Stoics, the Minimalists, or from BBC. Doesn’t matter.

Did you try it? Did you put it into practice?

If you’re like most people, you probably didn’t practice it in the real world. (If you did, well done!)

It happens to all of us. When we read a book and on page five we find something really cool, we might underline it and earmark the page so we can go back to it later. We read on and on and never go back. And ultimately, we’ll forget about that cool thing we’ve read on page five.

We’re motivated about it when we read it and when it resonates with us, but most of the time we have something that’s holding us back at that very moment. We want to read on. Or it’s just hard to do right now. Or we need to prepare or whatever. Something stands between us and actually doing it right in the moment we learn it. And then phoosh – it’s gone and we never get to it.

We start a new book, watch another documentary, or listen to the newest podcast.

We keep on learning but fail to implement.

We’re like lions in the classroom, and sheep in the outside world. We learn great things but don’t use them.

So here I am now, reminding you to put what you learn into practice.

The one who learns but does not apply is no better off than the one who watches TV all day long.

Don’t be satisfied with mere learning. You must apply what you learn. Become a lion outside the classroom – that’s where it matters.

Don’t Fail in the Last Mile “And here’s the point that is sometimes missed – if you want to improve the world, you need to start with yourself. Even if you only care about service to others, altruism, or being an instrument for good, to have the desired impact, you cannot be ruled by knee-jerk emotions, crying over spilt milk, and so on. If you want to save the planet, you have to put on your own oxygen mask first.” – Tim Ferriss

That’s an excerpt from an interview with my favorite modern-day Stoic Tim Ferriss. He just released his new book Tribe of Mentors. I haven’t read it yet, but I’m 100% sure I’m going to get much out of it. And you, too. (Get the book here.)

No matter if we want to improve the world or just ourselves, we need to start with ourselves. That’s all we can do. He says that thousands of people read Stoicism, but many fail in the last mile, “That is, the translation from book page to action.”

You’re already good. You’re able to pick up a book and read it. Or you’re able to read this article online despite the many distractions. The next step is to go out there and practice what you learn. Don’t just admire what you learn… use it! Be the lion in the outside world. Vigorously apply what you’ve learned in the classroom.

What you learn and what you know is way less important than what you do with it. It’s easy to say you want to be courageous, it’s much harder to actually be courageous in the real world.

How many people think one thing but live another?

Point is: Many of us fail to put what we’ve learned into practice.

Ask yourself (from Epictetus): “If you didn’t learn these things in order to demonstrate them in practice, what did you learn them for?”

Make Your Actions Your Loudest Statement “Who you are speaks so loudly I can't hear what you're saying.” – Ralph Waldo Emerson

Talk means nothing. It is what you do that matters.

And guess who’s responsible for your actions?

Look, this is not easy. No master was born by reading a book. It all requires effort and training.

The best in their respective fields are the best because they’ve been working the hardest.

When it comes to philosophy, it’s the same. If you’ve been following this blog, you’ve been learning about the Stoic philosophy. And maybe certain things have resonated with you. But philosophy is a matter of little theory and a lot of practice.

We need to train every day.

Again, the emphasis lies on the practice.

You have absolutely nothing to lose. Go out there and practice what you’ve learned.

You don’t even need to tell anyone about it. Just go out there and do it. You don’t need approval from anyone. For example, nobody needs to know that you’re inspired by Stoicism and try out its practices. Do it for yourself. And behavior is a better example than a lecture anyway.

So be the example, go out there and apply what you approve. It’s what Wallace D. Wattles already advised more than a hundred years ago:

“The world needs demonstration more than it needs instruction.”

Many people know, only few people do. Be one of those few.

We Fall to the Level of Our Training

“And I will close with another quote which I can’t say is from a Stoic, but it’s from another oldie but goodie, Archilochus, and it is, ‘We do not rise to the level of our expectations, we fall to the level of our training.’
Don’t role play in your head, get in the messy realities of the real world and put Stoicism to work.” – Tim Ferriss

Let’s wrap this up with Tim Ferriss again.

The credo is simple: Put things to work.

Because we fall to the level of our training. If we learn but do not execute, our training is zero. And our roar becomes a bleat.

So ask yourself, how are you doing? Putting things to work?

“When should we begin our practice of Stoicism? Epictetus makes the case for starting immediately. We are no longer children, he says, and yet we procrastinate. Keep this up and we will one day realize that we have grown old without having acquired a philosophy of life – and that, as a result, we have wasted our life. Practicing Stoicism, he adds, is like training for the Olympics but with one important difference: Whereas the Olympic contests for which we might train will be held at some future date, the contest that is our life has already begun. Consequently, we do not have the luxury of postponing our training; we must start it this very day.”

Now don’t run away, do something! If you don’t have anything in mind, let me provide specific practices you can start applying right now.

These 20 Practices can be implemented immediately. Start roaring right now.

Be the lion in the outside world. 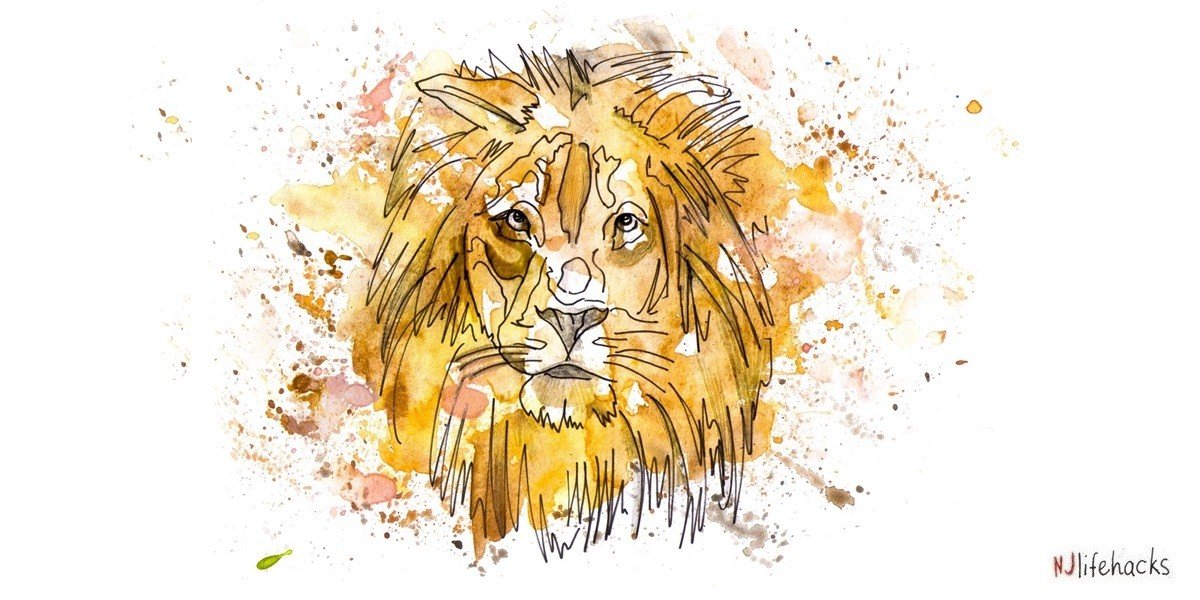