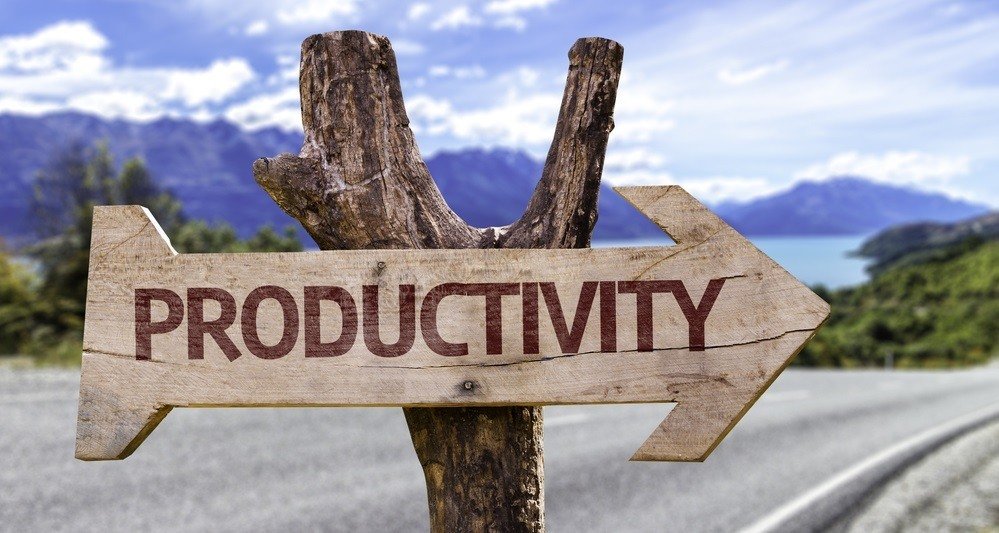 Some people are naturally attracted to nature. They feel an urge to get outside, to take walks in nearby forests, to go on hiking trips, to take a swim in a nearby lake, and what not.

I’ve never been one of those people.

However, I’ve always been a person with a keen sense for efficiency. I dread wasting time. I enjoy doing stuff that makes me better. I love reading about new scientific studies that give me an edge. I’m always looking for ways to maximize my potential.

Lately, this interest has brought me to the subject of nature.

As it turns out, Mother Nature (love that term!) is quite the baller.

Recent studies show that spending time in nature or even just looking at photos of natural scenery can drastically improve your attention, cognitive function, mental health, and of course productivity.

Let’s unpack this. Here’s the science of how nature supercharges your productivity.

Nature and Your Attention 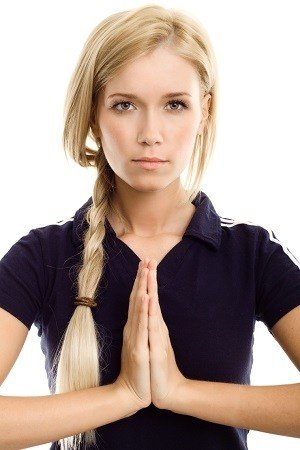 As far as productivity is concerned, nature works its magic mainly on your attention.

According to attention restoration theory, there are two kinds of attention:

Directed attention: also called voluntary attention, this is when you are focusing at whatever task is at hand. This is used for activities that require us to concentrate such as most work-related tasks, driving a car, trying to hit a baseball, or even just walking a busy street.

Involuntary attention: also called effortless attention, this is when you’re just kind of taking in sensory data from your environment without paying a lot of attention to it. You’re hearing, seeing, and smelling without devoting huge amounts of brain power to the process. A good example may be walking in a forest or a quiet park.

Directed attention is what we’re drawing upon when we’re working hard, figuring things out, and generally being productive. It requires us to expend effort in order to focus on the task at hand while simultaneously shutting out other distractions.

The problem? Much like a muscle, our directed attention tires after a while, leading to drops in concentration and performance.

Basically: once your directed attention has grown tired, you are experiencing a loss in productivity.

And this is where nature comes into play and does its magic:

Because nature is so effortlessly fascinating, it captures our attention without us having to consciously focus on it. In other words, it engages our involuntary attention while giving our directed attention a rest.

When you’re in nature, you’re kind of naturally in awe looking at trees, grass, other plants, the sky, a river or lake. You’re perceiving all kinds of sounds such as Ocean waves, leaves rustling in the wind, or (real) birds tweeting. You’re just perceiving and taking in all that sensory data without exercising your attention voluntarily.

This gives your voluntary attention a much needed break and replenishes it, which allows you to get back to work with a full tank of attention and be as productive as possible.

That’s the theory behind nature, your attention, and how it affects your productivity. Smells great and all, but let’s see if studies can back this up…

Going for a Walk? Go Green!

Intuitively, we would probably all suggest that a walk in a park is more restorative than a walk down a city street.

According to attention restoration theory, we can pinpoint exactly why that would be the case:

While a park doesn’t offer a lot of man-made stimuli, dangers, or other things that need your directed attention, a walk on a city street may be too busy and dangerous to give our brain a much needed rest.

Lo and behold, this is exactly what studies found. While a walk in a park is sufficient to replenish your directed attention, a walk down a city street doesn’t cut it.

One particularly interesting study looked at children with ADHD. They took them on walks in three different settings - one especially “green” and two less “green” - and kept everything about the walks as similar as possible.

The children took all three walks (some started with the green first, others took it second or last) and did an attention test after each walk. The test was built in such a way that practice doesn’t improve the score.

Here are the results as explained by the researchers:

"We compared each child's performance to their own performance on different walks. And when we compared the scores for the walks in different environments, we found that after the walk in the park children generally concentrated better than they did after a walk in the downtown area or the neighborhood area. The greenest space was best at improving attention after exposure."

I believe the results and its implications are clear:

Whether you have ADHD or not, time in nature, whether it's outdoor exercise or a simple walk, will give you a nice boost in attention (among other benefits).

Next time you’re going for a walk, go as green as possible - your productivity will increase and your brain will thank you.

Green Up Your Office 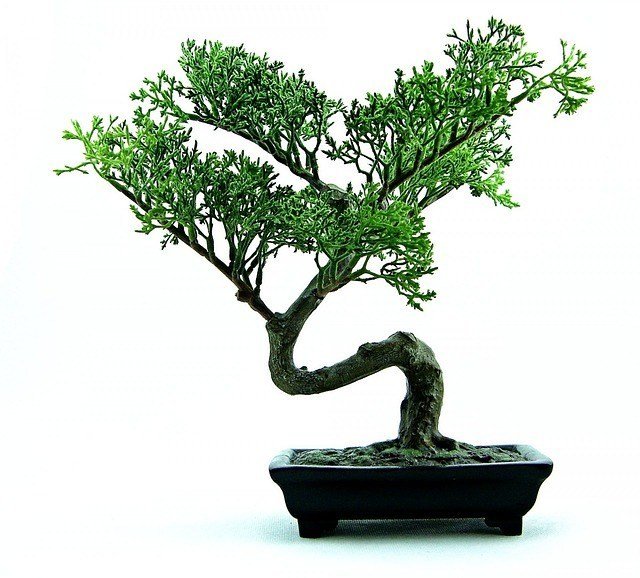 Got any plants in your office?

No?! You may want to add some after reading what follows…

According to this study, having some plant life in your office boosts productivity by 15%.

Why is that? The researchers couldn’t tell.

Whatever the exact reasons, get your office as green as possible.

Apparently, even just images of nature may do the trick…

Merely Looking at Nature May Be Enough to Boost Your Productivity 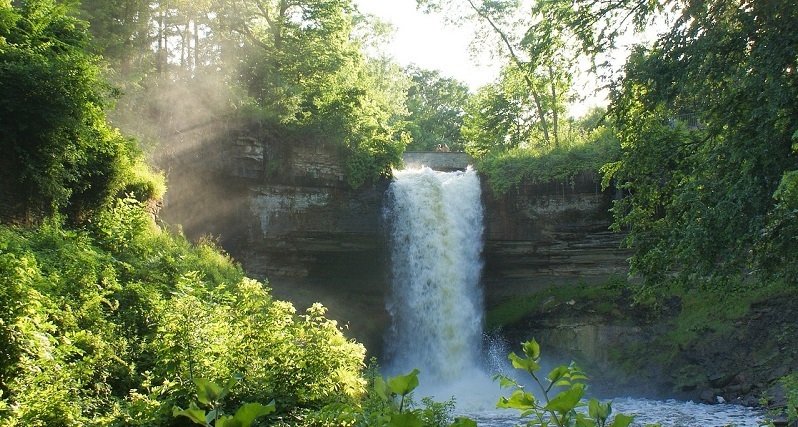 Can looking at an image like this really be enough to boost your productivity?

This is good stuff.

A recent study asked 150 participants to complete a repetitive task: hitting specific keystrokes when certain numbers were flashed on the screen. After 5 minutes the participants were split up into 2 groups and told to take a 40-second break.

And not only that! People who gazed at the flowering meadow roof made significantly fewer omission errors, and they had more consistent levels of attention overran and fewer momentary lapses. The group that stared at the concrete roof, on the other hand, suffered a significant performance dip after the 40-scond break.

"Our findings suggest that engaging in these green microbreaks--taking time to look at nature through the window, on a walk outside, or even on a screen saver--can be really helpful for improving attention and performance in the workplace."

A mere 40 seconds of interacting with nature has profound effects on your attention & productivity.

Is it just me or do you also feel the urge to change your screensaver, get some nature images, and some plants for the office?

Every 20 minutes I take a mini break of about 30-60 seconds. I started using it after reading this recommendation from neuroscientist Mark Waldman:

“Our research has found that taking 2-3 breaks during each hour to consciously relax, stretch, meditate, or do something pleasurable –even for 10 seconds –will reduce stress, enhance your awareness, and significantly boost your concentration and productivity.”

I usually yawn a couple of times, shake off some muscle tension, and stretch. Plus, after reading the aforementioned study, I’ve added an additional element:

I look outside the window at the sky and some nearby trees for about 30 seconds. This should help my productivity and also give some relief to my eyes. 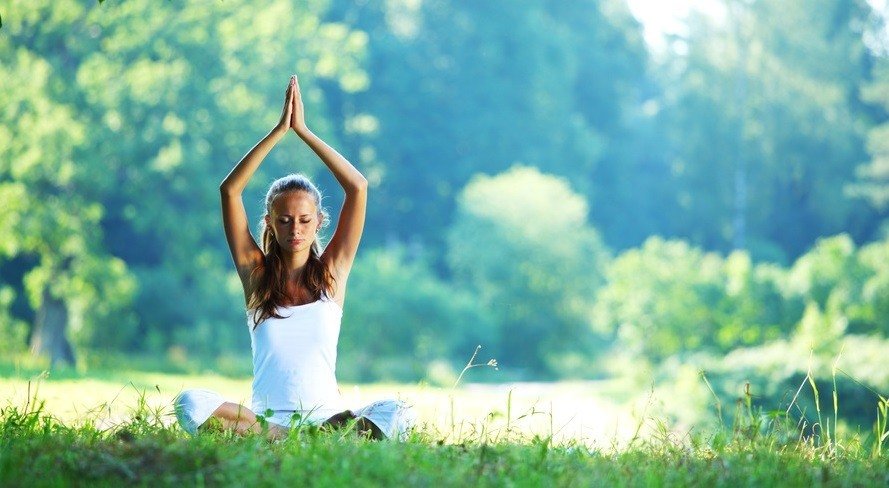 And what exactly has mood got to do with productivity?

As it turns out… a whole lot!

One study found that how you’re starting your day has a huge effect on your productivity. Basically, it goes like this:

Intuitively, this makes total sense. If you’re in a terrible mood - angry, frustrated, sad, or whatever - you probably don’t feel like working at all. Hence, improving your mood is generally a good thing for your productivity.

Soooo… can spending time in nature actually help us improve our mood? And thus our productivity?

This study compared two groups of people - one who took a 90-minute walk in nature and the other did the same walk in the city.

Unsurprisingly, the nature walkers got a mood boost and reported having fewer negative thoughts about themselves after the walk than before the walk. The city walkers reported no such change.

Even more interesting, fMRI brain scans revealed less activity in the subgenual prefrontal cortex, a brain region that may play a key role in mood regulation and has been linked with patterns of negative thought.

The city walkers showed no such benefits.

Yep, one study found that even just 5 minutes of “green exercise” - walking, running, cycling, gardening, farming, and water-based activities like fishing or sailing - is enough to boost your mood (and your self-esteem!).

So, instead of running over to the coffee machine during a short break, how about you get outside, breathe in some fresh air, stretch yourself, and maybe even do some jumping jacks (if nobody is around).

What Else Has Nature to Offer?

Oh, you want more? No problemo.

Nature has you covered:

The BEST part about these benefits is that some of them - such as sleep, better mental health, and reduced stress - are also linked with increases in productivity.

Another cool part is that even just being around green space offers tremendous benefits.

Living in a “green” neighborhood is just healthier.

Needless to say, it’s still highly recommended that you actually spend some time in nature as opposed to just living near or around it. 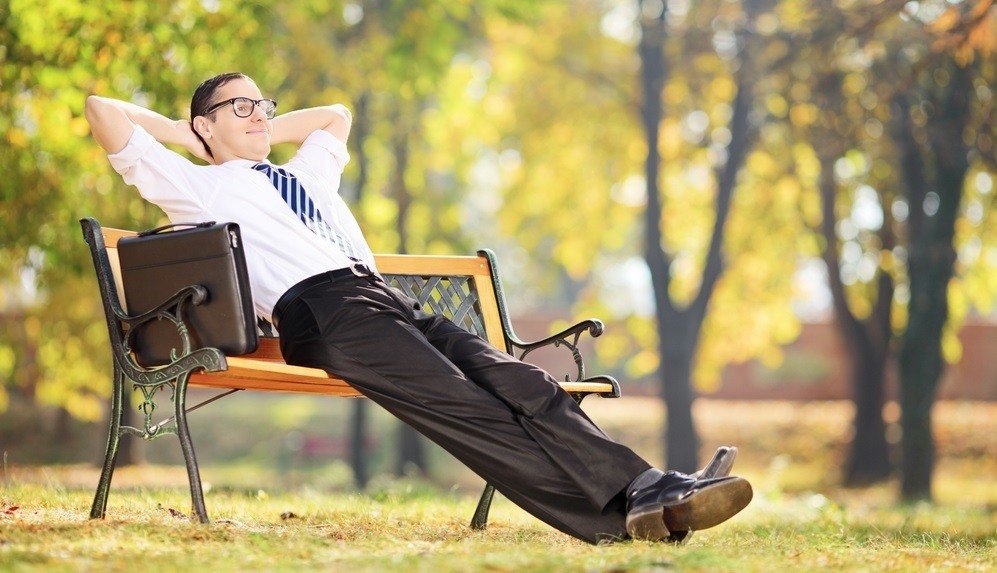 The evidence is clear:

Nature is a powerful productivity enhancer and a potent brain hack.

Whether it’s walking in a park, bathing in a forest, putting some plants in your office, or even just looking at images of nature… your productivity will benefit.

The all-important question now is, how to best make use of this knowledge? How do you actually implement this stuff?

Here are some suggestions:

What did you think of the research in this post? Are you going to give nature a try? What specifically are you planning on implementing?

Let me know in the comments below, and thanks for reading. 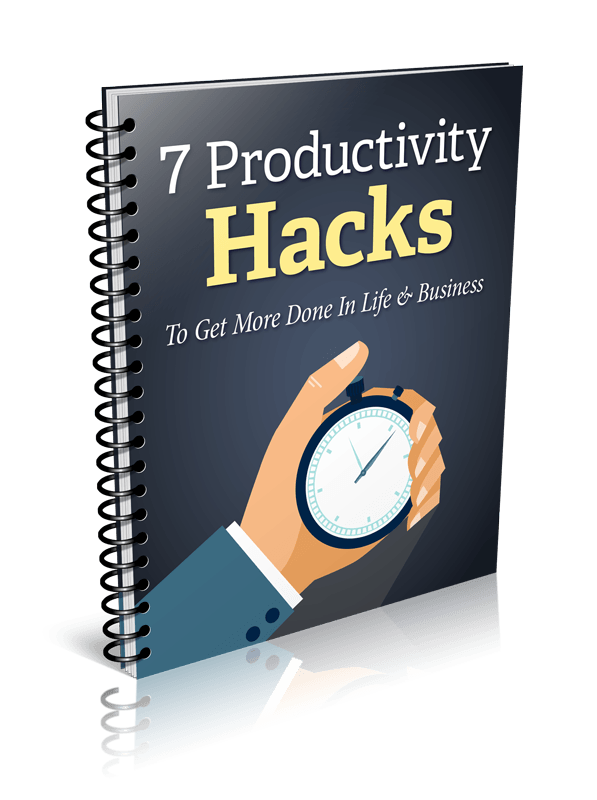 Then download some of my top productivity hacks by clicking the link below: