The Stoic Archer – Focus on the Process, Not the Outcome - NJlifehacks 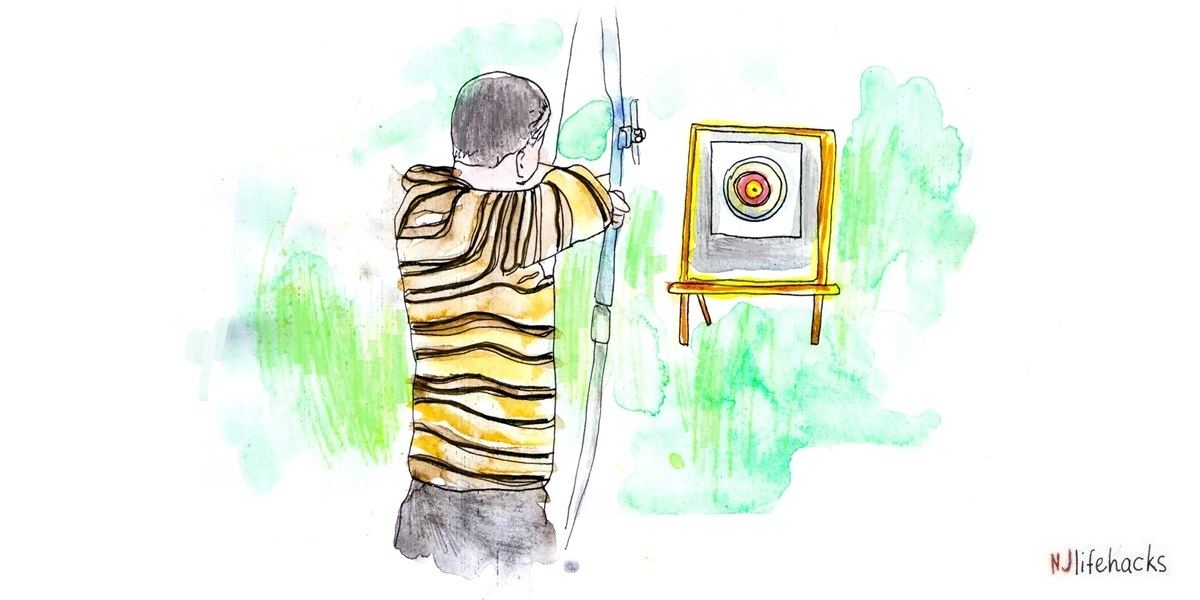 The Stoic Archer – Focus on the Process, Not the Outcome

Imagine you’re an archer aiming at a deer (or a clay pigeon – depending on your values).

Now imagine the arrow moving in slow-motion towards the target.

The arrow is out there. In the air. Out of your control. And you can only wait and see if it hits the target or not.

Maybe it hits, maybe it misses.

An unexpected gust of wind could blow the arrow off course. A bird could fly directly in front of the arrow. A hero could jump in and take the hit. Your bow could break in the moment you release the arrow. Or, more likely, you could simply miss the target for a lack of skills.

This is the Stoic archer metaphor.

The Stoics used it to show that although your intentions and actions might be under your control, the ultimate outcome is down to fate – or external variables beyond your control.

You as a conscientious Stoic archer have done your very best up to the moment the arrow left your bow. And that’s all you could have done. The result, whether the arrow hits the target or not, is not up to you. And, as I’m sure you’ve heard of before, a core principle of the Stoic philosophy is that some things are up to us and others are not – we should focus on what is up to us.

As Epictetus said, “Make the best use of what is in your power, and take the rest as it happens. Some things are up to us and some things are not up to us.”

Focus on What You Can Control (Process not Outcome) In the case of archery, you do the best you can do up to the moment of releasing the arrow, and take the outcome as it comes.

Whether you hit the target or not, again, is not up to you. As a Stoic, you’re ready to take the outcome with equanimity, because the outcome was never entirely under your control. And to the Stoics, what is not under their control, is ultimately indifferent. It might be preferred, that’s why you tried to hit the target in the first place, but in the end it’s still indifferent.

Basically, you focus on the process, not on the outcome. Your goal is to try your very best, that’s what you control.

Success for you is to shoot well (in the present moment). For people who lay their focus on the outcome, success would be to hit the target (in the future).

If you lay your focus on the process, shooting well and trying your best is its own reward. It’s all you can do. And you succeed if you do your very best now in the present moment. Whether or not you hit the target in the very near future does not define your success.

It’s the way we go about things that matters, not how they will turn out.

As Epictetus asked his students, “Can you find me a single man who cares how he does what he does, and is interested, not in what he can get, but in the manner of his own actions?”

The Process Focus Found in the Stoic Goal of Life

“In short, the wise man looks to the purpose of all actions, not their consequences; beginnings are in our power but Fortune judges the outcome, and I do not grant her verdict upon me.” – Seneca

The ultimate goal of life was agreed by all ancient schools of philosophy to be eudaimonia.

This can be understood as living a supremely happy and flourishing life. And since the Stoics focused on the process, their goal was much more to do everything they could to live the supremely happy life.

Their goal was to live by virtue. This consists of the ‘art of living,’ the way we go about doing things in the world, regardless of the outcome. Our actions should be rational and motivated by virtue – being patient, considerate, gentle, just, self-disciplined, calm, humble, courageous, and brave.

Basically, for the Stoics it is enough to (try to) do the right thing (process), regardless of the outcome.

And yet, the Stoics seek many of the same things in life as the majority of people, such as physical health and friendship. However, they do it in a detached manner. These things are preferred, but do ultimately not matter.

Remember, we can only control the way we do things, but the results never lie in our control.

For example, I try to eat clean, exercise regularly, get enough sleep, and generally live a healthy lifestyle (process) in order to stay healthy and full of energy (preferred outcome). Even if I try my best it is still possible for me to fall ill, have low energy, or even die.

This is why I judge myself on the effort, not the outcome. The effort lies in my power, and if my effort is high, I have already succeeded.

Do you understand the advantage process focus has over outcome focus?

Pretty interesting to see that the Stoics already realized that two thousand years ago and integrated it into their philosophy.

The Stoic Archer Still Shoots in the Modern World Ever heard of Michael Phelps?

He’s a big proponent of the process focus. Although he does not shoot arrows, he shoots through water like one. And Phelps lays his focus completely on the process, on his effort, and on how to prepare himself perfectly for swimming events. Sure, he likes to win, but he focuses on the process to get there.

Shortly before the Olympic Games 2016 in Rio de Janeiro Bob Costas asked him in an interview:

“You’re a guy who likes closure, you like the chapter to end the way you envision it ending. So, suppose in Rio, you do really, really well, but in your last individual event, the 100m fly, you take a silver instead of a gold. Would that haunt you?”

“No, because I know I could look back at how I prepared and I would know that I did, that Bob and I did, whatever we could do to prepare ourselves to be the best. So I think now, being prepared how we have, I’m willing to accept whatever results I get. I mean, sure, will I be tipped off? Probably. But I’ll know deep down inside that that was the best that I could do that day.”

That’s process focus 101. There is a preferred outcome (gold medal) but success does not rely on it. Success has already been achieved by all the effort that went into the preparation. Trying the best is enough.

By the way, Phelps won gold in all events, except for the 100m butterfly, where he coincidently came out second and took silver.

Now, Phelps is not the only athlete who uses the same process focus as already the Stoics did. In sports as in business and in everyday life, many people focus on the process and are highly successful with this strategy.

So, why don’t you try to focus on the process in your life, too?

Take the Stoic archer to heart and focus on what you can control, and take the rest as it happens.

I'll do the same, inshallah.

(Where I currently live, here in Egypt, people often add the expression “inshallah.” This  means "if Allah wills.” It means that they will try their absolute best but the outcome is not completely up to them.) 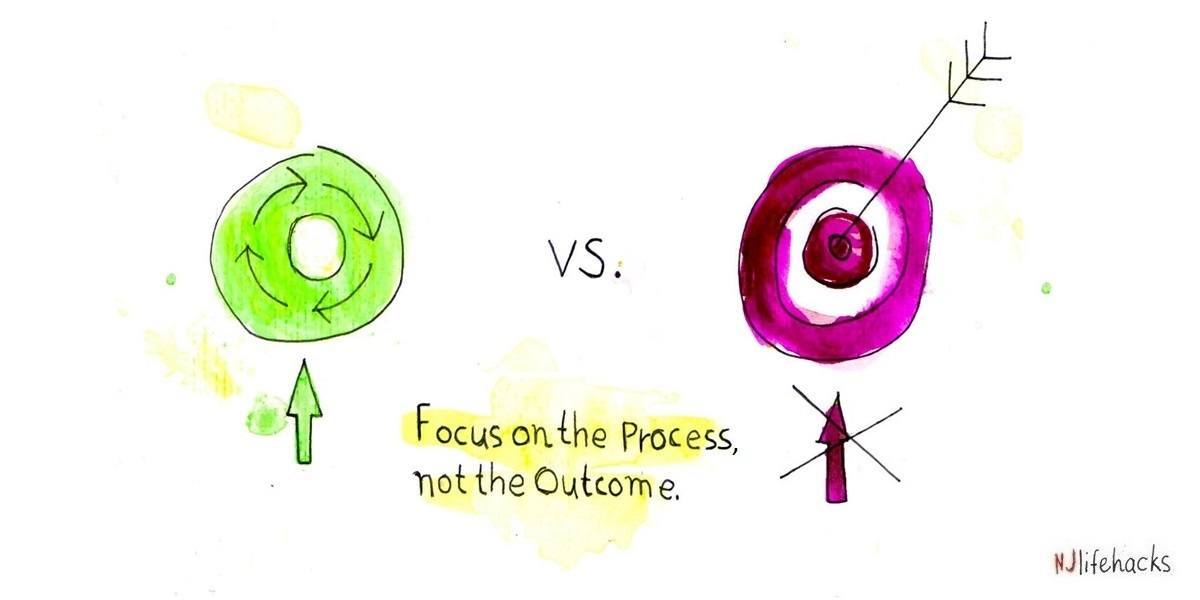