Train Your Mind to Adapt to Any Circumstance - NJlifehacks 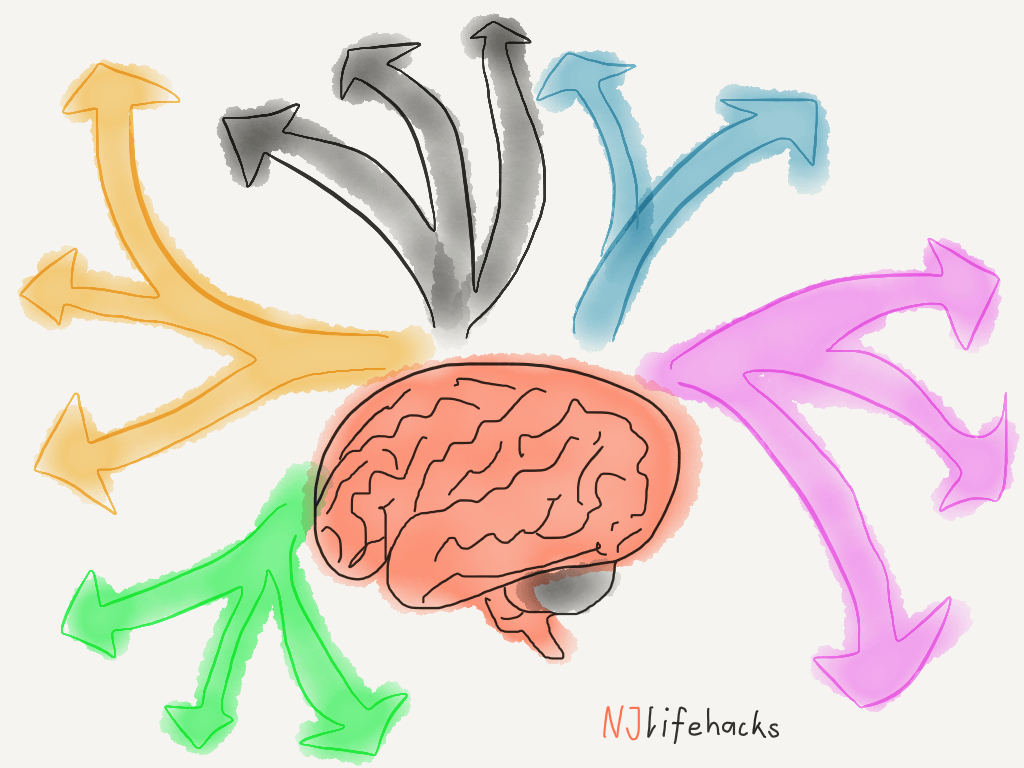 Train Your Mind to Adapt to Any Circumstance

I fell in love with this sentence. (The title.)

No matter what happens in life, you know how to react. You have this inner trust that whatever may come, you’ll be able to answer well.

I remember not long ago, I got furious at my laptop for refusing my orders and being snail-slow. I got angry, cursed, punched the table, and stomped around like a maverick.

Not exactly the reaction you would hope for. And not the reaction I expect from myself. Disappointing myself made things worse, but that’s a whole other story (remember the Feedback Loop from Hell?).

Point is, people have trouble reacting well to the easiest of circumstances – like annoying technology, slow drivers, or bird poo on the shirt.

What about when it gets actually tough? When something unexpected happens?

We have no clue how to react. We’re unable to cope. We get stressed. We panic.

I learned about this idea in Ryan Holiday’s fantastic book The Daily Stoic. From the book:

“In this way you must understand how laughable it is to say, ‘Tell me what to do!’ What advice could I possibly give? No, a far better request is, ‘Train my mind to adapt to any circumstance.’ … In this way, if circumstances take you off script … you won’t be desperate for a new prompting.” – Epictetus, Discourses, 2.2.20b; 24b-25a

It would be nice if someone could show us exactly what to do in every situation. Indeed, this is what we spend a good portion of our lives doing: preparing for this, studying for that. Saving for or anticipating some arbitrary point in the future. But plans, as the boxer Mike Tyson pointed out, last only until you’re punched in the face.

Stoics do not seek to have the answer for every question or a plan for every contingency. Yet they’re also not worried. Why? Because they have confidence that they’ll be able to adapt and change with the circumstances. Instead of looking for instruction, they cultivate skills like creativity, independence, self-confidence, ingenuity, and the ability to problem solve. In this way, they are resilient instead of rigid. We can practice the same.

Today, we will focus on the strategic rather than tactical. We’ll remind ourselves that it’s better to be taught than simply given, and better to be flexible than stick to a script.

Train your mind so you can adapt to any circumstance. This is probably the single best investment you can ever make.

In the end life is all about what you make of it. A well-trained mind will help you make the best of it.

Planning is great until you get punched in the face. Studying for an exam is helpful as long as you get asked the right questions. Leaving home on time for an interview is fine until your car breaks down.

There are things in life you won’t be prepared for.

And you don’t need to be. It’s alright, things happen as they will.

I’m sure you can think of some school friends that used to be perfectly prepared for giving a speech in front of the class. They usually got the best grades. And they deserved it because they just worked the hardest for it. But I often thought about ‘what if they cannot prepare?’ Will they still be the best? Or will it show their real faces – the insecure and shy?

Look, in real life, you cannot prepare for everything. Things will go wrong, trains will be late, bosses will be mean, and the weather will be stormy.

And that’s all good.

Although we cannot prepare for every specific situation, we can prepare ourselves for any situation.

How to Prepare For the Unpreparable?

That’s where Stoicism enters the game.

Holiday pointed it out, “Stoics do not seek to have the answer for every question or a plan for every contingency.” Instead they hold the inner confidence that they’ll be able to adapt and change with the circumstances. They’re not looking for instructions but for the right skill set – creativity, independence, self-confidence, ingenuity, and the ability to problem solve.

And we can do the same.

We don’t need to buy any tools, we need to work on ourselves so that we are the most adaptable tool there is. So that we can adapt to any life circumstance. No matter what happens, we can adapt, we can cope, we can stay calm, and we can use reasoned choice to (re)act wisely.

But how can we do that?

What You Control And What Not

Things happen. You can’t control that. But you can control your reaction to those things. You can control what you think and do about it﻿.

And that’s basically what we’re trying to do here: Prepare ourselves to react well to whatever will happen. Outside events don’t matter. What matters are our interpretations and reactions to them.

We don’t wish for shit to happen, but when it will – and it certainly will – we’ll be ready.

Or that’s what we’re training for. Because, often, we are not ready. And we feel overwhelmed, stressed out, angry, frustrated, and harmed.

The causes for those feelings, though, are not the outside events, but what we make of them. It’s again Ryan Holiday who puts it best:

“Someone can’t frustrate you, work can’t overwhelm you – these are external objects, and they have no access to your mind. Those emotions you feel, as real as they are, come from the inside, not the outside.”

There’s been a quote written on the whiteboard in our living room for a while now. It’s from Anthony de Mello and reads as follow:

“The cause of my irritation is not in this person but in me.”

It reminds me that all the things I’m troubled with are made up in my head. It has nothing to do with other people. It’s just because of my expectations, and what I think is right. But really, if I feel harmed, it’s because of me and no one else. The real source of harm lies within me, not outside me.

It is our reaction that decides whether harm has occurred or not.
--> No reaction, no harm.

You shouldn’t give circumstances the power to rouse anger, for they don’t care at all.
– Marcus Aurelius

“Why bother getting mad at causes and forces far bigger than us? Why do we take things personally? After all, external events are not sentient beings – they cannot respond to our shouts and cries – and neither can the mostly indifferent gods.”

Situations don’t give a shit.

They don’t care whether you like it or not. So stop acting like getting angry or happy because of an outside event will have an impact on the event itself. Because it won’t. Again, situations don’t give a shit. They just happen.

Getting Angry Makes Things Only Worse

How much more harmful are the consequences of anger and grief
than the circumstances that aroused them in us!
– Marcus Aurelius

Think about this for a second.

Because that shit happens all the time. Something happens and we get angry. Although we can’t change it because it’s already happened...

I observed it just today within myself. Nils and I went to this parking ground to play football (with the feet) and there were some cars parked. And I got frustrated a bit because one car was parked in the middle of the parking area. There was so much space to park his car and he chose the middle… I mean, what did it help to get annoyed by the fact that there was a car parked in the parking ground? Nothing. I just shouldn’t give a fuck there.

Point is, getting angry at something that has already happened won’t help. In the contrary, it’ll make things worse since it makes us feel bad. Also, it makes us feel like a victim because getting angry at something we cannot change sucks the power of choice out of our veins. This makes us helpless. Because if (we let) uncontrollable outside events determine how we feel, then we have absolutely no control over our lives.

This is the exact opposite of what Stephen Covey calls being proactive in his book The 7 Habits of Highly Effective People.

I can’t emphasize this enough: We must focus on what we can control. And that’s what we think about outside events and not the events themselves.

Calm Is the New Sixpack

Keep this thought handy when you feel a fit of rage coming on – it isn’t manly to be enraged. Rather, gentleness and civility are more human, and therefore manlier. A real man doesn’t give way to anger and discontent, and such a person has strength, courage, and endurance – unlike the angry and complaining. The nearer a man comes to a calm mind, the closer he is to strength. – Marcus Aurelius

It’s funny how things turn around… I guess in our society I’m not the manliest man possible. Not for a lack of abs, but you know, manliness (grouching and beating one’s chest). And then I read Stoicism and voilà, I feel quite manly.

Manly or not, being calm is helpful.

Strength is the ability to maintain a hold on oneself. It’s being the person who never gets mad, who cannot be rattled, because they are in control of their passions – rather than controlled by their passions. – Ryan Holiday

Remember, don’t react harmed, and you haven’t been.

That’s not all. Staying calm is contagious.

Think about it. Panic is contagious. That’s why there is mass panic. But the opposite, calm, is also contagious. It’s so called mass calm. Sheep are good at it.

Sheep don’t give a fuck.

“That’s who you want to be, whatever your line of work: the casual, relaxed person in every situation who tells everyone else to take a deep breath and not to worry. Because you’ve got this. Don’t be the agitator, the paranoid, the worrier, or the irrational. Be the calm, not the liability. It will catch on.” – Ryan Holiday

Bottom line: Choose to be the calm person. This will help you deal with whatever may come.

To be honest, I don’t know if that’s true. But it sounds great. And it’s not something I just made up. It’s a modification from the following statement:

How you do anything is how you do everything.

I think this is helpful advice. Because we can start small. With minor adversities it’s much easier to stay calm. We can train with weak punches first and then move up to Mike Tyson punches…

These badass punches will hit you. Life will throw shit at you. The question is, ‘How will you handle it?’

No One Said It Would Be Easy

And there’s no quick fix for it. I can’t tell you THE secret and then everything’s roses and sunshine. It’s not. And it’s not supposed to be.

But we can prepare ourselves. We can train our mind to adapt to any circumstances. That’s how we can jump the biggest hurdles. But be warned: There are more hurdles to come. It will never end. The obstacle is the way. (Read that book if you like the topic of this article.)

All You Need to Do Is to…

“Who then is invincible?
The one who cannot be upset by anything outside their reasoned choice.“
— Epictetus

Now it’s your turn. Tell me in the comments below, How can You use this strategy?