Why Anger Is Your Worst Enemy - NJlifehacks 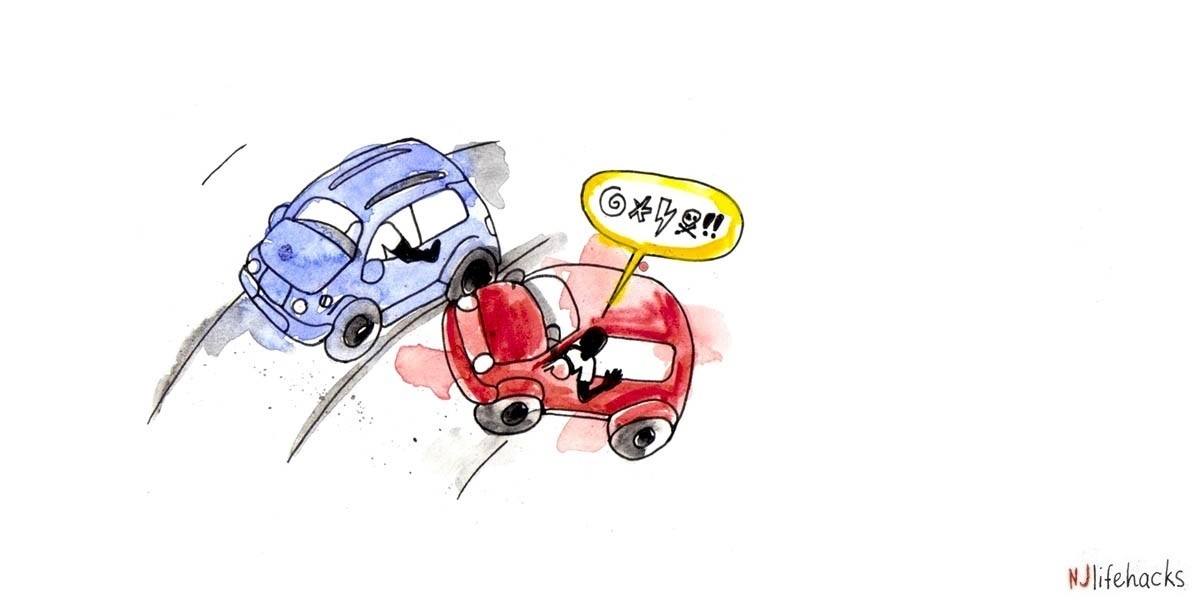 Why Anger Is Your Worst Enemy

“Keep this thought handy when you feel a fit of rage coming on—it isn’t manly to be enraged. Rather, gentleness and civility are more human, and therefore manlier. A real man doesn’t give way to anger and discontent, and such a person has strength, courage, and endurance—unlike the angry and complaining. The nearer a man comes to a calm mind, the closer he is to strength.” – Marcus Aurelius

Anger is a passion, a negative emotion the Stoics want to minimize. Seneca’s essay On Anger is the best source of Stoic advice on anger.

Anger, the desire to repay suffering, is brief madness, says Seneca. Because an angry man lacks self-control, is forgetful of kinship, is deaf to reason and advice, gets aroused by trifles, and doesn’t know what’s true and false—“very like a falling rock which breaks itself to pieces upon the very thing which it crushes.”

Getting angry will hurt yourself the most.

And its damage is enormous: “No plague has cost the human race more.” That’s why the best plan is to reject straightway the first signs of anger and resist its beginnings. Because once we get carried away by anger, reason counts for nothing, anger will do as much as it chooses, and it’ll be hard to turn it off.

Although we cannot control our initial reaction, if we’re aware enough, we can decide to go along or not. Anger, then, is a form of judgment. We interpret the situation in a way that we decide it’s ok to get angry.

But “of what use is anger,” asks Seneca, “when the same can be arrived at by reason?”

Anger is prone to rashness. Reason is more trustworthy because it’s considered and deliberate. “Reason wishes to give a just decision; anger wishes its decision to be thought just.”

“The sword of justice is ill-placed in the hands of an angry man.” – Seneca

Anger is not useful, “No man becomes braver through anger, except one who without anger would not have been brave at all: anger does not therefore come to assist courage, but to take its place.” We can find sufficient inducement without anger—with the right values in place such as love, compassion, justice, and courage.

Instead of being led by dangerous and unpredictable anger, we’re motivated by intrinsic values, and deliberately choose to do the right thing.

“When a man is wandering about our fields because he has lost his way, it is better to place him on the right path than to drive him away.” Seneca makes this beautiful comparison. He says we should not hunt down the people who have lost their ways and err in their actions, but show them the right course. Instead of reacting to anger with anger, we better choose a more sensible and compassionate way, and try to help them.

Instead of impulsively getting angry, take a deep breath and deliberately choose to stay calm. This calm will not only rob misfortune of its strength, but also empower you to act in a just and courageous way.

As Marcus says, “The nearer a man comes to a calm mind, the closer he is to strength.”

Generally, we shouldn’t give circumstances the power to rouse anger. The circumstances don’t care at all. It’s like getting mad at something far bigger than us. It’s like taking something personally that doesn’t care about us. Things don’t happen against us, they just happen.

Getting angry at a situation doesn’t have an impact on the situation. It doesn’t change it, it doesn’t improve it. Oftentimes, what angers us doesn’t really harm us, and our anger will outlast the damage done to us.

We’re being fools when we allow our tranquility to be disrupted by trifles. That’s why Marcus recommends contemplating the impermanence of the world around us. What angers us now will be forgotten tomorrow.

When you’re angry, says Seneca, take steps to turn anger’s indications into their opposites: Force yourself to relax your face, take a deep breath, soften your voice, and slow your pace of walking—your internal state will soon resemble your external, relaxed state.

You can also try to describe the situation making you angry as dispassionately and objectively as possible, explains Epictetus. This will gain you time and help you see the situation with greater distance.

And he says we should always keep in mind that it’s not the situation that harms us, but our interpretation about it. “So when someone arouses your anger, know that it’s really your opinion fueling it.”

So, instead of being angry all the time and torment the lives of those around you, why not "make yourself a person to be loved by all while you live and missed when you have made your departure?" Seneca asks.

This is one of 55 Stoic practices of the second part in my upcoming book The Little Book of Stoicism.