You Don’t Own Anything – Everything Is Borrowed from Fortune 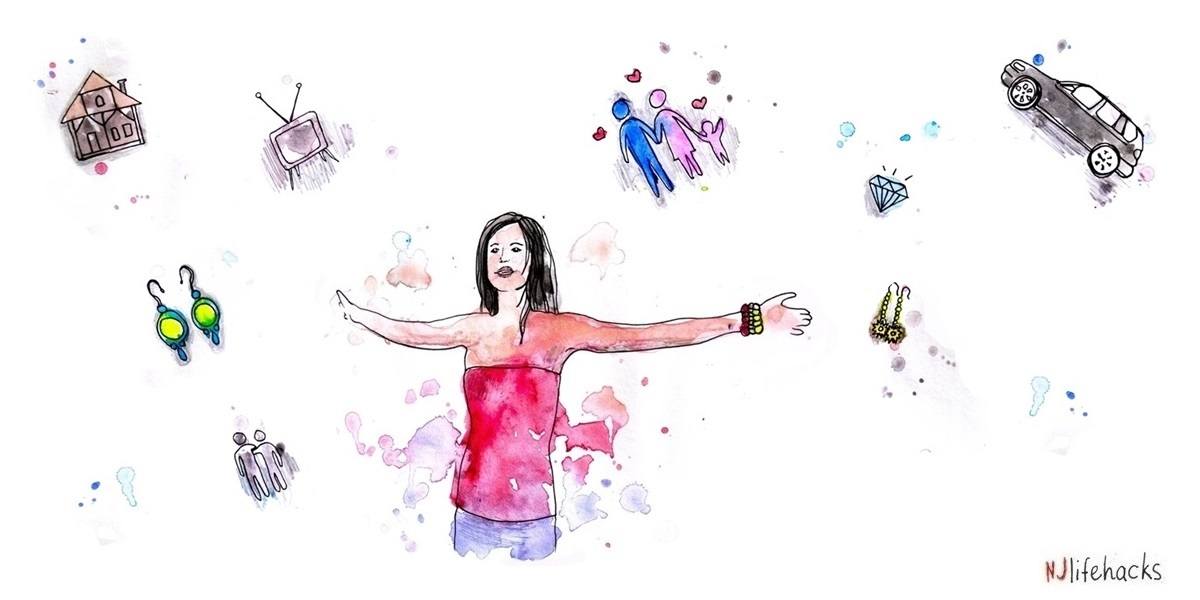 You Don’t Own Anything – Everything Is Borrowed from Fortune

What do you own in your life?

Your car? House, laptop, clothes? The ring from your grandma? Other personal items?

What if I told you: ‘You don’t own that! These things are not truly yours?’

I know, you paid for those things. You worked hard to own these possessions. Yet they can be lost in a blink of an eye. Whoops and gone. Forever.

Losing your personal laptop would suck a lot, right? All your photos, music, CVs, and other documents… Gone. Arrivederci. Ciao.

What about losing your mommy? Your brother, your best friend, or your son?

Would suck even more, right?

So much actually, that you don’t want to think about it. You don’t feel like reading this. It’s too hard. It makes you sad thinking about losing what you love.

But it might be worth it. These things happen. Sure, mainly to others and not yourself. But they could happen even to you.

Personally, I take a lot out of what follows. If you’re ready, I’m sure you will, too.

You Don’t Own Anything: Everything Is Borrowed from Nature and Needs to Be Returned “We may claw and fight and work to own things, but those things can be taken away in a second. The same goes for other things we like to think are ‘ours’ but are equally precarious: our status, our physical health or strength, our relationships. How can these really be ours if something other than us – fate, bad luck, death, and so on – can dispossess us of them without notice?” – Ryan Holiday

Now, the idea that you don’t truly own anything didn’t come to me in my dreams. I learned about it from author Ryan Holiday. He didn’t dream it either but took it from the Stoics. And they probably dreamed about it…

No matter where it stems from, I think it’s one of the most powerful ideas to live freer from stress and sorrow.

Think of everything as borrowed – from nature, fortune, God, or whatever you want – and you can only use it temporarily. It can be taken away at a snap. Whoops and gone. Without prior notice. Without asking. It’s just been taken away.

And now you need to live with that (or better, without that).

With some things it’s easy – not many cry over a lost pair of socks – with some it’s hard – most grieve for their lost mother.

The Stoics thought it’s hard to deal with the loss of certain things because we’re unaware of the possibility to lose it in the first place. But how can we be unaware of that?

We look away. We take things for granted. And we think we’re invincible. These things happen to other people, but not to me. No no no, this shit surely does not happen to me. Not now.

I must admit, when I first stumbled upon this idea, I thought the same. I could not imagine something terrible happening to me, so I naturally thought this is not going to happen to me.

After reading, studying, and trying to improve on myself for quite some time now, I think it’s possible for misfortune to strike in my own life. Sooner or later it will. I’m well aware of that. And this awareness, this imagining of bad stuff happening in my own life, will help me deal with it when it comes.

I don’t know if I’m truly ready – probably not – but at least I’m readier than a year ago.

And you, too, want to be readier.

Point is: We don’t own anything. It was loaned to us and we can only use it temporarily.

This reminds me of the story of the Indian Chief Seattle I once read in school. Here’s the first sentence:

"The President in Washington sends word that he wishes to buy our land. But how can you buy or sell the sky? The land? The idea is strange to us. If we do not own the freshness of the air and the sparkle of the water, how can you buy them?”

Fascinating, right? Let's further explore the idea of not owning anything by diving into one of my favority letters by Seneca: Consolation to Marcia.

Seneca's Consolation to Marcia – A Treasure of a Text Ever heard of Marcia?

Marcia lived around two millennia ago and was born into a wealthy family.

What’s important is that even three years after the death of her son she was still as heartbroken as on the day she buried him.

This, and the wealth and influence of her family, motivated Seneca to write her a letter of consolation.

And this letter is a true treasure – full of gold nuggets. And it explains very well the Stoic idea that everything we have is just borrowed from fortune.

And I summarized my favorite part:

(By the way, I just googled the quick Marcia bio. Nobody knows Marcia.)

Seneca does not understand how people can weep excessively for their loved ones. It’s because they never think about bad events in advance. Instead, people think somehow they’re immune and can take an easier path than others.

Others’ misfortunes don’t make us aware that we’ll face the same misfortunes. How else could we be so surprised?

“So many funeral processions go past our houses, but we don’t think about death.” So many funerals are sad but we’re still convinced that our children will outlive us. Many rich people lose all their possessions but we think this will not happen to us.

Look, you probably don’t see many funeral processions, but news broadcasts about people dying all the time. Also, you probably hear the sirens of the ambulance and police every day. And still you don’t think about death, or something happening to you or your loved ones.

Yet if we would anticipate misfortunes, they would hit us with less force. But we don’t do it.

Seneca goes on asking, “Who ever looked at his property thinking he was going to lose it?” And who among us would ever dare to think about exile, poverty, or grief? We would not do it even if someone asked us to.

“Is there anything that you think won’t happen to you that you know is happening to many people?” He quotes Publilius Syrus:

Or, “What one has suffered can befall us all.”

What happens to others can happen to us, too. Very likely even.

He continues to tell Marcia that everything we have has been loaned to us. Not as a gift, but as something we’ll need to return. Certain things sooner, others later, and only few we can keep till the end.

And when we get “asked” to return something, we shall not argue. “It’s the worst kind of borrower who insults the lender.”

“We should, therefore, love our dear ones… as if their permanence was never promised to us… not even a day with them was promised.” We should remind ourselves that what we love will leave, because we were given these things by Fortune without a guarantee.

“This companion at your side will soon be lost.”

We come with nothing and we’ll leave with nothing. And everything we think to own in between can be taken away in a second. Be aware of that.

Now Keep that in Mind: You Can Lose Everything at a Snap​

“Epictetus echoes this advice: We should keep in mind that ‘all things everywhere are perishable.’ If we fail to recognize this and instead go around assuming that we will always be able to enjoy the things we value, we will likely find ourselves subject to considerable distress when the things we value are taken from us.” – William Irvine

Make sure you can minimize this ‘distress.’

Here’s what to do:

Get more Stoic ideas you can use in everyday life.